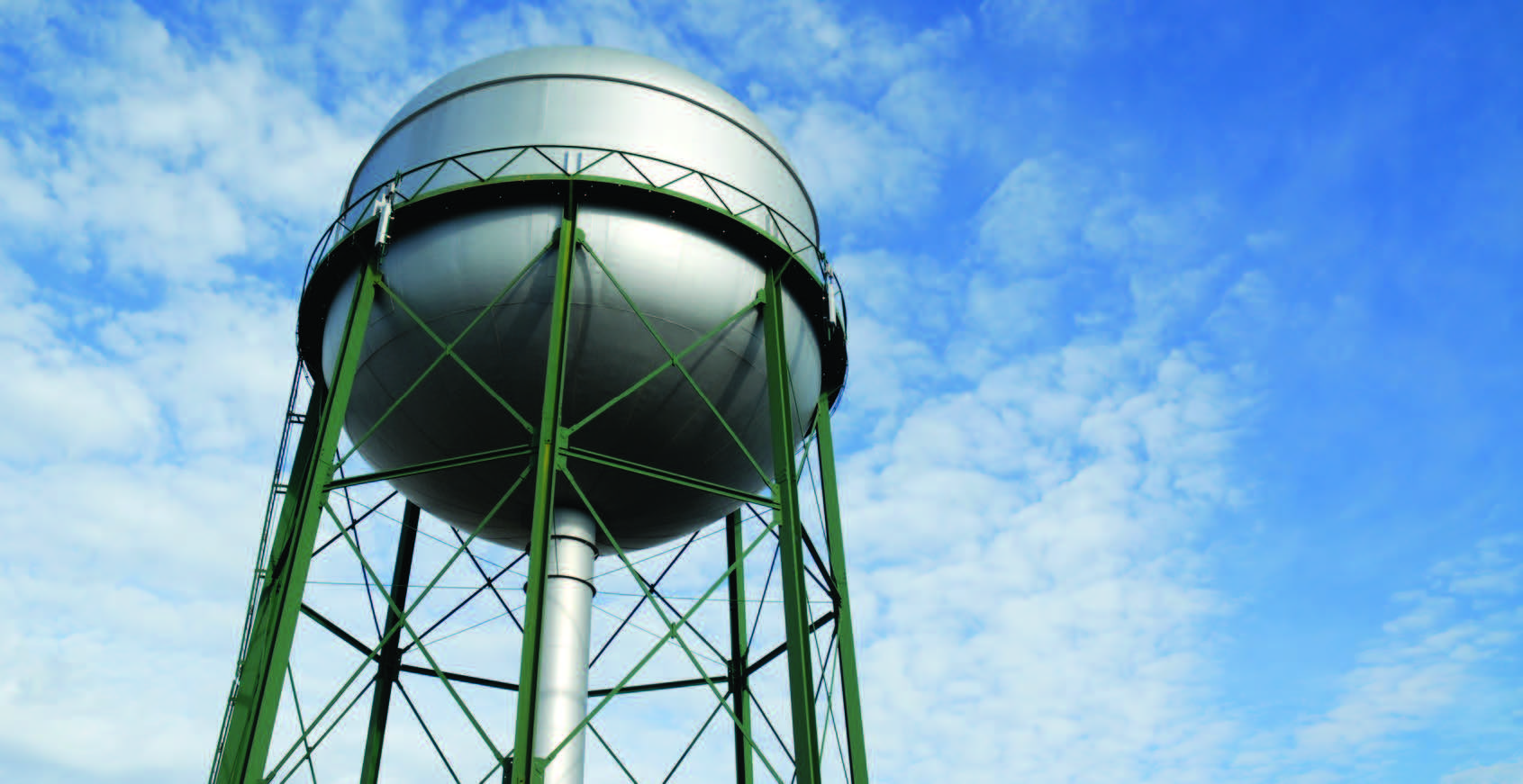 The three most important factors in real estate are location, location, and location. Apparently the same is true of telephone lines, based on the experience of the Sieper Area Water System (SAWS) in rural Louisiana.

Time For A Change

In the SAWS network, Well No. 1 is next to the water tower. The water tower is equipped with multiple float switches. When the water level drops below the “low level” switch, a contact closure turns the well pump on. At the same time, under the old system, a voltage change was sent along the telephone line to Well No. 2, about half a mile away, turning the pump on to help fill the water tower.

When the water level reaches the “high level” switch, a contact closure is sent turning off both well pumps.

The equipment was robust and working well but was expensive to operate. In addition, the phone line was vulnerable to severe weather, such as ice storms and hurricanes.

With implementation of the wireless solution, SAWS leaders considered it prudent to keep as much of the existing system as possible, including the contact closures and float switches. One challenge was the high voltage signal passed along the telephone line to trigger the relays. 48VDC is quite different from the 0-5VDC typically used for sensors and relays. SAWS chose to keep the high-voltage capability because replacing it would add cost and complexity.

Now, the signal to start and stop the well pumps is sent with a Ritron® QuickTalk™ RQT, a 2-watt industrial-grade radio transmitter with built-in switch inputs and audio storage capability. At Well No.1, a high-voltage relay is installed between the 48VDC power source and the Ritron RQT. The relay is capable of detecting a voltage change and converting this into a simple contact closure. This contact closure output is connected to the switch input on the RQT. When a change to the switch is detected, the RQT will then transmit a unique string of DTMF tones to Well No. 2.

The signal at Well No. 2 is received by a Ritron wireless device called a TeleSwitch®. The TeleSwtich decodes the DTMF tones and then opens the appropriate relay which turns the pump on. When the water level reaches the desired point, the process is reversed, turning the pump off.

The new system cost about $3,000 and was installed in one day. Once it became operational, SAWS cancelled the leased telephone line, saving $250 per month. In addition to fast payback, quick installation, and reliable service in all weather, the wireless system allows for future expansion.

SAWS plans to build another well and has already purchased the land. When the new Well No. 3 is drilled and brought online, it will be easily added to the system. Another RQT will signal a TeleSwitch at Well No. 3, and an alternating relay will allow Well No. 2 and Well No. 3 to engage alternately to help Well No. 1 refill the water tower.

Local equipment company Mid-State Communication Services was helpful throughout the wireless conversion. In fact, it was the company’s relationship with the local fire department that began the process.

“Although the system is fairly rudimentary, there were some quirks, like the 48-volt voltage change,” said Mid-State representative Frank J. Coe. “Once we found a relay that would accept that voltage and transform it to a contact closure, we were off and running.”

SAWS officials opted for the 2-watt transmitter because of its one-mile line-of-sight capability, though the heavily forested and hilly terrain required an upgrade to directional, high-gain Yagi antennas. The system operates on licensed frequencies.

Ritron products used in this application are the Ritron Quick Talk RQT, a 2-watt industrial-grade radio transmitter with built-in switch inputs and stored audio capability, and the Ritron TeleSwitch, an industrial-grade, radio-controlled remote switch with a high performance telemetry radio with dualrelays, and dual-DTMF decoders. The decoder receives unique predetermined DTMF tones to remotely control relays. The system in Rapides Parish is 110VAC powered along with a back-up battery system in case of power failures.

SAWS officials have found that wireless telemetry offers a simple, economical alternative to hardwired leased phone lines. The new system, with its quick payback, helps the agency set aside money to fund the new well and seamlessly integrate it into the system. 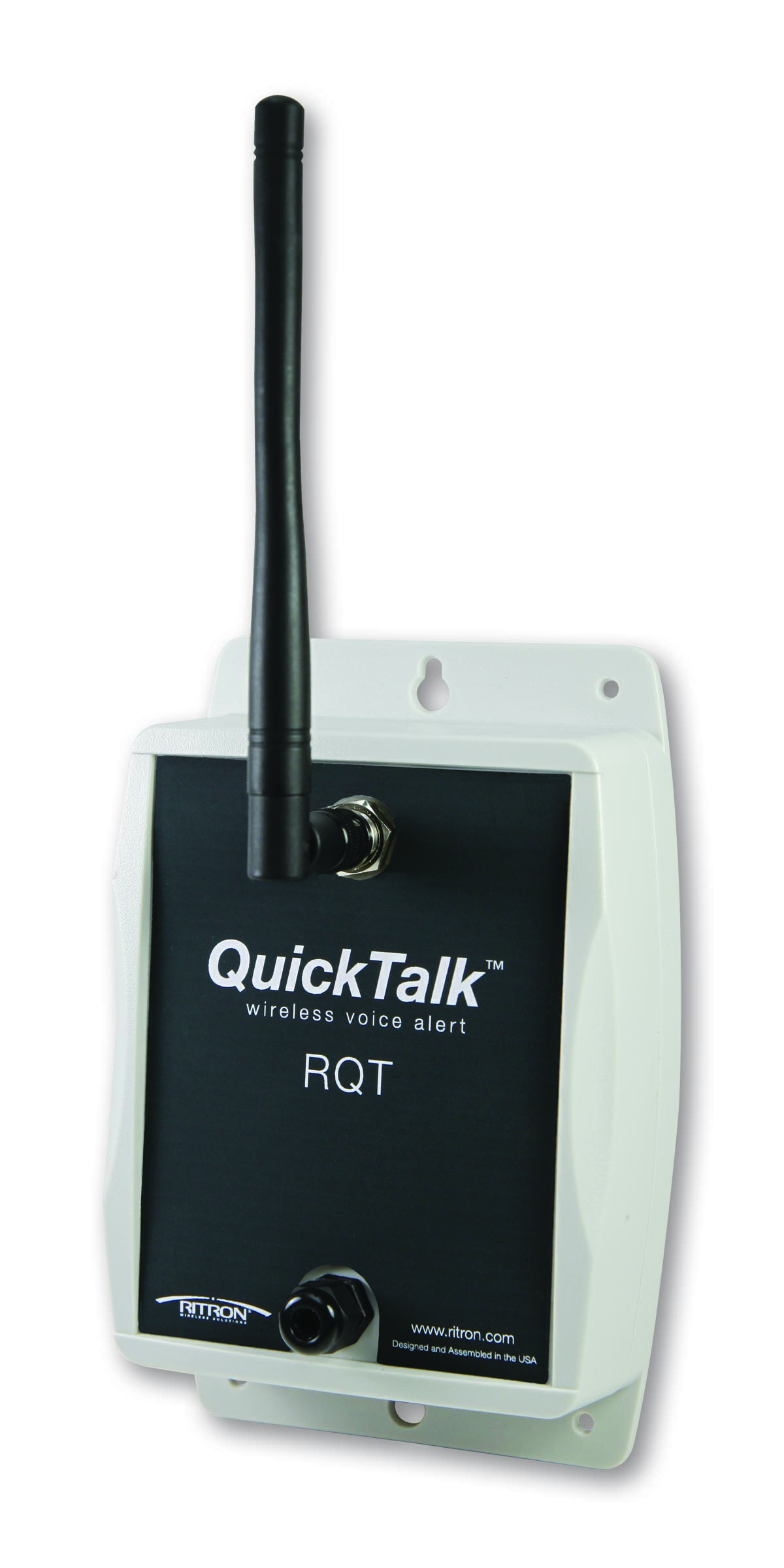 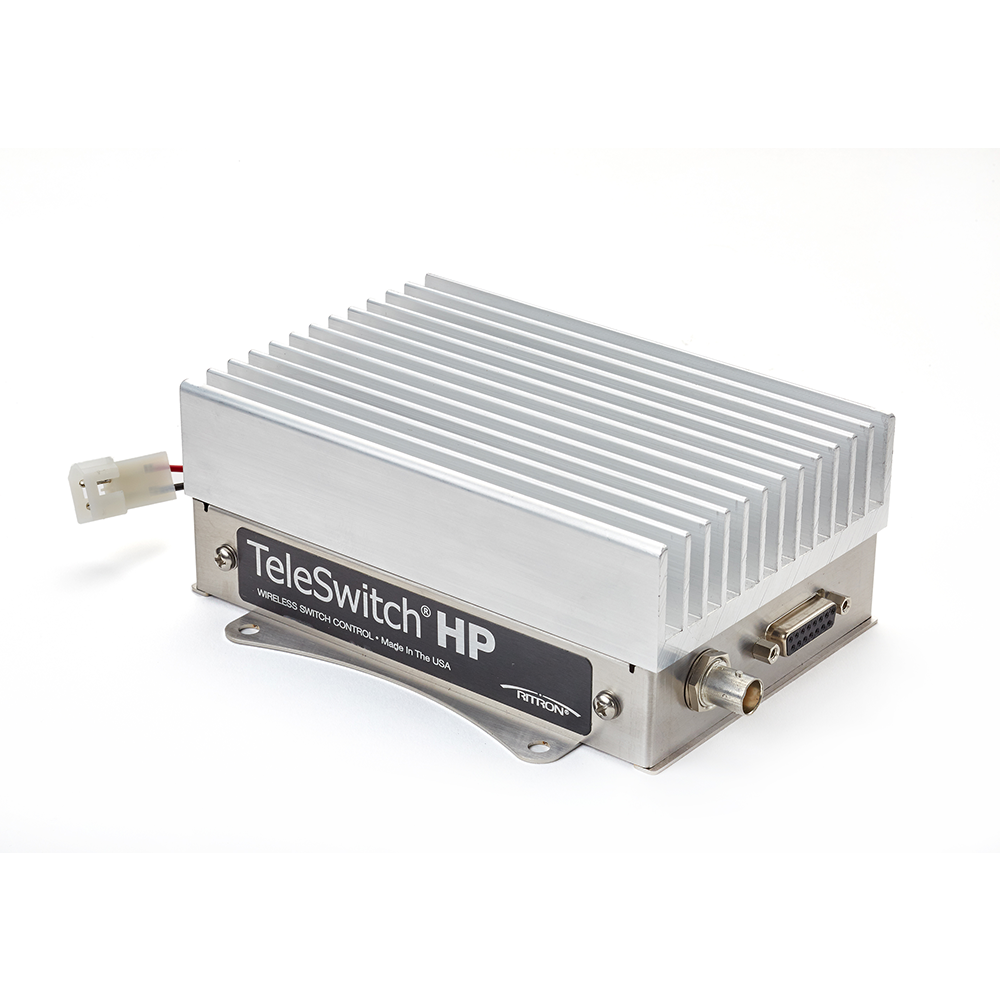